The place that’s close to our hearts

The place that’s close to our hearts. The place where we live and are a part of. The typical East German housing estate forms the skyline of Neubrandenburg and it is the second youngest neighbourhood in the city.

Situated in the economically underdeveloped region of Mecklenburg Vorpommern – the Datzeberg is no exception, with high unemployment rates and limited opportunities. Many people who live here have told us that they have had worse starting points than others. Many of them have become our friends.

Every single one of them is valuable.

According to statistics from the Federal Employment Agency (published at the end of 2017), 33% of those of employable age receive benefits and a substantial proportion work in precarious employment.

One out of every sixth person is unemployed.

In the group of under 15s, 55% are dependent on transfer payments (published at the end of 2012). The Datzeberg is the most indebted neighbourhood in Neubrandenburg and many households house income poverty. The neighbourhood is characterized by the typical East German high rise apartment blocks.

Prior to reunification, the Datzeberg was home to over 10,000 people and now only a good 4,000 people live here. In the 1990s and early 2000s, the Datzeberg underwent big recontruction, which led to a feeling of uncertainty for many of the people living there and as a reaction to this change, the District Office was established.

The Datzeberg was built at the end of the 1970s and lies some distance away from the city centre.

The Datzeberg
and its’ Image

The Datzeberg doesn’t have the best reputation in comparison to the other neighbourhoods in Neubrandenburg, which consequently affects the self-esteem of many of the people who live here. But the closer we look, the more excited we get as we discover the potential that lies within the people from the Datzeberg. We want to play a part in reviving this neighbourhood and its’ image, together making it more vibrant and lovable.

To do something beautiful in our neighbourhood and make that obvious is close to our hearts. We’ll leave you with a message from our current mayor: The Datzeberg is the most underestimated neighbourhood in Neubrandenburg.

A loving and realistic tour of the Datzeberg 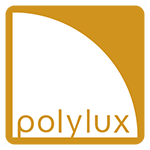 we are part of